The Gîte de La Corderie : accommodation on the banks of the Loire in Pellerin

You wish to spend a relaxing stay on the banks of the Loire,

in an authentic and comfortable place ?

A place steeped in history

Built in 1845, La Corderie, also nicknamed "Le Cottage" for its authentic and warm appearance, was originally the home of the last descendant of the Lords of Pellerin, Jean-Philippe Binet de Jasson.

Between 1985 and 1999, La Corderie was home to the sailors of the crews of the Port Autonome de Nantes-Saint-Nazaire, as well as a meeting room for the Coteaux workshop, a major industrial heritage site in the region.

It was in January 2000, Marie-Pierre and Alain Le Coz fell in love with this incomparable place, steeped in history and decided to acquire it from the Port Autonome de Nantes-Saint-Nazaire.

In 2011, they decided to renovate one of the outbuildings in order to create a charming gîte "Gîte de La Corderie". It has been renovated while ensuring that the authentic cachet of this superb building is preserved, to create the place of accommodation that we offer you today.

Its inauguration took place in April 2012.

The Gîte de La Corderie has all the necessary equipment for a peaceful and comfortable stay with a view of the Loire.

In winter, you can enjoy a nice fireplace.

In fine weather, the garden will offer you the opportunity to relax on the equipped terrace. 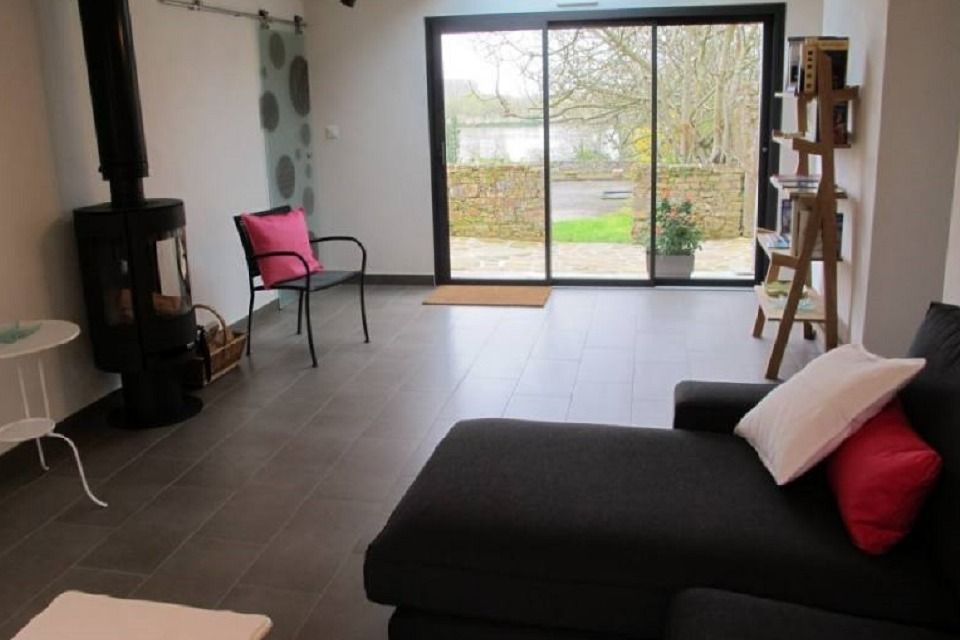 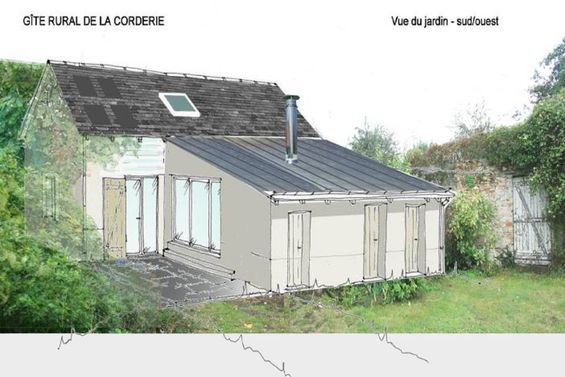 The Gîte de La Corderie is located 20 km from the center of Nantes and about 40 km from the ocean (Pornic or St Brévin les Pins).

Discover the many activities nearby for unforgettable memories to share as a couple, with friends or with family (the machines of the Ile de Nantes to visit, the Martinière canal for a walk, ...).

The “Loire à Vélo” and “La Vélodyssée” routes, two superb routes, will allow you to discover the surroundings in a different way.

Since its creation, the Gîte de la Corderie has obtained numerous labels, proof of its quality of accommodation:

Discover our cottage in pictures

Browse our photo gallery and take in the cozy and warm atmosphere of our accommodation located in the heart of Le Pellerin, in Loire-Atlantique.

The perfect location of the gîte and the many activities in the surroundings promise you a most relaxing stay between land and sea.

Le Gîte de La Corderie has a breathtaking view of the Loire that will surprise visitors with the feeling of peace that emerges from it.

You can admire the many passing to the rhythm of the tides.

By staying in our Ecogîte, you will spend a relaxing holiday in a peaceful environment. You will be able to observe and appreciate the many varieties of birds and meet the squirrel of the domain.

Location between Nantes and the ocean

You won't have to choose between a seaside vacation and downtown activities; the perfect location of the gîte will easily allow you to enjoy both.

Plan a relaxing holiday on the banks of the Loire by booking your stay now!